A master’s graduation ceremony was held at the Karazin University, traditionally held at the Kharkiv National Academic Opera and Ballet Theater named after MV Lysenko.

The event began with a performance of the modern symphony crossover orchestra “Prime Orchestra” and the student academic choir “Ad libitum”.

The graduates were also greeted by the owner and president of the DCH Group, a member of the Supervisory Board of VN Karazin Kharkiv National University, an honorary doctor of Karazin University, Alexander Yaroslavsky. He is a regular partner and patron of the university. In particular, thanks to his help, three Nobel Prize winners were erected and access to the Oxford University Press Oxford University Press was made available.

Alexander Yaroslavsky wished the graduates good health, new achievements and never lost contact with the university. “Everything is in your hands. After all, all roads are open to you, ”he added.

The master’s graduation ceremony continued with the performance of the modern symphonic crossover orchestra “Prime Orchestra”.

This year, the university’s diplomas were first awarded to specialists in 14 new educational programs. These include Landscape Planning, Design and Land Management, Economic, Social Geography and Regional Development, Strategic Communications and New Media, Public Finance, International and European Economic Integration and others.

In total, Karazin University has completed over 1 300 masters programs for 75 educational and professional programs. 262 graduates with full-time and part-time education received honors diplomas. 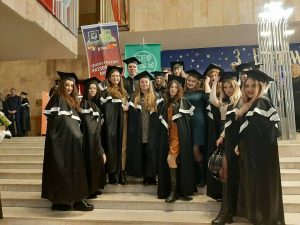 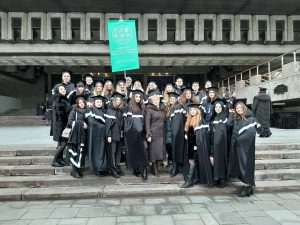 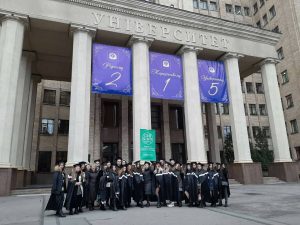